In case you’re not familiar with the device, the Surface Pro 3 is in fact a somewhat different machine when compared to other laptops – in fact it blurs the line between laptop and tablet which is kind of the mean selling point.

If you’re looking for a truly versatile PC that’s portable, powerful and incredibly fun to use, then you still won’t find anything better than the Surface Pro 3. While it has been around for over a year now, there’s still nothing out there that can beat it for a number of specific use scenarios – and yes, that includes the new MacBook Air.

If you’re currently in the process of upgrading and you haven’t yet considered this particular machine, read on to see why it excels in so many key areas. 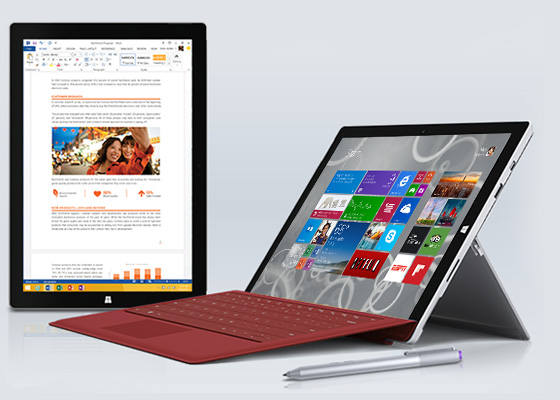 What is the Surface Pro 3?

In case you’re not familiar with the device, the Surface Pro 3 is in fact a somewhat different machine when compared to other laptops – in fact it blurs the line between laptop and tablet which is kind of the mean selling point.

If you buy the device alone, it comes without a keyboard and looks pretty much like any of the hundreds of Android tablets out there (albeit with a particularly good build quality from Microsoft). So what makes this a laptop replacement rather than a casual tablet for media consumption? Well, that comes down to a combination of the hardware and software.

Hardware-wise, this machine is packing an i3 up to an i7 processor – with the ‘standard’option being i5. It runs fully fledged Windows 8.1 and can be upgraded to Windows 10. You can choose from 4 to 8GB of RAM and the screen is glorious 2K.

So in other words, this is right up there with the very best ‘ultrabooks’ when it comes to performance. And because it comes with full, 65-bit Windows, you can run all the legacy software you need with no problem.

That means you can edit photos in PhotoShop, create logos in Illustrator, build computer games in Unity 3D or just get productive with Microsoft Office. The specs even make the device capable of playing a vast range of Steam games. You won’t be playing the latest AAA titles but the likes of Super Meat Boy and even Sonic Generations won’t give you much trouble. 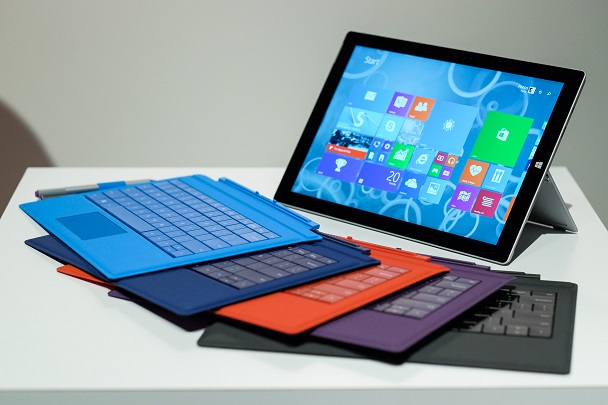 The Keyboard Cover and Digitizer Pen

Most people won’t buy the Surface Pro 3 on its own though. Instead, they’ll buy it along with the keyboard cover (which really should be included). When you combine that incredibly thin-but-highly-usable keyboard with a clever adjustable stand, you have a device that can be used as a laptop when necessary, or as a tablet in the evenings when you’re relaxing.

Already this gives the Surface Pro 3 a lot more possible uses compared with a standard laptop. But what takes this to the next level is the additional inclusion of a digitizer pen – which is a highly accurate form of stylus that can be used for note taking and even sketching with software like SketchBook Pro. The pen is pressure sensitive and includes palm rejection, unlike a simple capacitive stylus like those used on the iPad. A neat feature of the digitizer pen is that double clicking on the top launches OneNote even when the device is in sleep mode. This way, you can quickly write down ideas without even having to bootup.

Pros and Cons of the Surface Pro 3

Of course no device is perfect and there are a couple of compromises you’ll have to make when using the Surface Pro 3. One is the very small fan that has been included and which really isn’t quite enough to handle the intense temperatures generated when playing 3D games or editing video. This is a bit of a shame as it means performance lags more than it should considering the specs on-board.

Another issue for some people is the ‘lapability’. Microsoft iterated remarkably on their initial designs for the Surface Pro 1 and 2, which led to the inclusion of a keyboard cover that now folds upward to provide more stability. This combined with a stand that adjusts to any angle makes the device fine for most people, though it can still be a little awkward if you’re wearing shorts as the stand digs into your legs, or if you don’t have much space (on a plane for example). 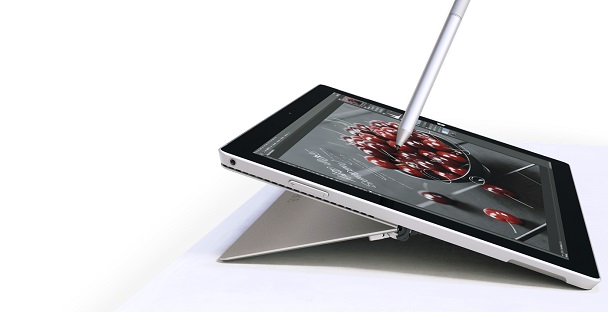 But in nearly every other way, this device is a masterclass in design. It’s incredibly light, very powerful, stunning to look at and fully featured. What’s more, because the device is manufactured by Microsoft themselves, it has far better update support than a third party system. This, combined with the rapid SSD hard drive, makes for a product that always seems nippy and never seems to go wrong.

While the Surface Pro 3 is a great unit for people from all walks of life, there are specific types of users who will get even more from it.

For example, if you’re self-employed and you work on the move a lot, then the Surface Pro 3 is ideal because it lets you use a different keyboard, mouse and monitor set up when you’re at home. Because there’s no attached keyboard, it can be used to create a kind of ‘mini desktop’ setup with fully fledged mechanical keyboard and Bluetooth mouse. It’s still powerful enough on the move that it can run all kinds of high-end software and it’s even enough to replace your desktop PC.

At the same time, the Surface Pro 3 is perfect for showing ideas to clients and for‘upright computing’. It’s light enough and evenly balanced enough to be perfect for holding in one hand, while the pen offers an ideal form of input when you’re in this mode. This is also why it’s so handy for students, as it is light enough to be dropped in a shoulder bag.