The Hollywood Walk of Fame

Most people on this planet are well aware of what the Hollywood Walk of Fame is. However, unless you work in the industry or have family/friends who are deeply rooted in it, many of you are not too familiar with the history of the project.

Interesting Facts on the Hollywood Walk of Fame

Ahh – the Hollywood Walk of Fame. This rich tourist site is located in the heart of downtown Los Angeles and absolutely epitomizes our nations ideals around celebrity.

Most people on this planet are well aware of what the Hollywood Walk of Fame is. However, unless you work in the industry or have family/friends who are deeply rooted in it, many of you are not too familiar with the history of the project. Many will also be surprised to find out about the original intentions of the Hollywood Walk of Fame – which has grown quite far from its humble beginnings into a full blown national monument at this point in time.

So, if you intend on visiting this star-studded city at any time in the future, feel free to wow your company with the various tid bits of information we are about to unfold for your reading pleasure.

The Hollywood Walk of Fame is located on Hollywood Boulevard and runs a 1.3 mile span of the road up from Gower Street to LaBrea Avenue. It also most recently has included a short portion of Marshfield Way and is 0.4 miles north to south on Vine Street.

Various ceremonies are held on quite a regular basis and ironically enough, many people who aren’t local to the area aren’t even familiar that they happen so often. How often? Well, there are an average of about two ceremonies per month. Most recently former rapper and business mogul Ice Cube was inducted in addition to Keri Russel of the cult classic television series Felicity . So in the event you’ve been looking to attend one of these glitzy events, you’re actually kind of in luck. While you may not necessarily be able to get front and center on the heavy hitters and mainstream A-list all-stars, you could still get a shot at a ceremony nonetheless. Hey, I’d love to see some Scott Speedman up close and personal D-list or not. #yum

As far as the history of this mighty monument goes – it is much farther back than many may know.

How far back? Well, 1953 to be exact. It was the brainchild of a Mr. E. M. Stuart. Stuart who was at the time serving as volunteer head of Hollywood Chamber of Commerce .

The initial idea behind the creation of the project was to gain recurring press and attention to the area in order to generate consistent interest and obviously revenue. In essence – it was totally a marketing ploy. A PR stunt, really. Well, the truth of the matter is that it totally paid of and thanks to Mr. Stuart and a handful of other heavy hitters, it has become one of this biggest attractions in the world.

Exactly how many visitors head to the center city on a regular basis? Well, in 2013 the number of visitors totaled 42.2 million . That’s right. MILLION.

That’s pretty significant for any city. That’s like, the entire population of New York and Florida combined.

So back to the beginnings. It is said that the inspiration from the Walk of Fame came from the Hollywood Hotel. Apparently, one of the dining rooms of the establishment included number of stars with actors names printed on them. Someone apparently thought it would be a great idea to totally jack their style and --- voila! – no complaints whatsoever! Kind of #gangster…

So once the project was started people were kind of like, “Hey, shouldn’t we make a committee or something in charge of some things like selection to make it official and all?”. The city agreed this was a good idea and thus the Hollywood Chamber of Commerce delegated four selection committees in the areas of F motion picture, television recording and radio.

FUN FACT: There was initially no category for live performance (i.e. theater). This did not get created until later.

Oh – and to be clear, this wasn’t just any ol’ selection committee. Oh no, no. This was the total cream of the crop. Not some neighborhood PTA, city council stuff. We’re talking Walt Disney, Walter Lantz and Samuel Goldwyn, here. 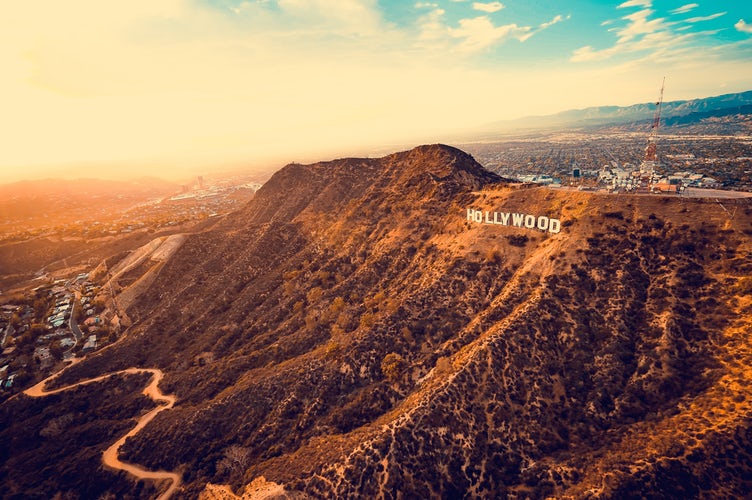 So once the project took off they began to get a crazy number of submissions for file. It was obviously an extremely controversial process and has been even up until today. I mean, Keri Russell – seriously people? I mean, don’t get me wrong here, she’s cool and all but – Walk of Fame cool?

So once the $1.25 million dollar project was nearing completion the city decided to do a little test-run/teaser of an induction ceremony. In August of 1985 they added eight stars which included Edward Sedgwick and Burt Lancaster.

FUN FACT: We’re not really sure if Edward Sedgwick is related to Kyra Sedgwick, but we’re pretty certain it’s highly probable based on absolutely nothing more than the fact that they share the same surname. Especially given the fact that Edie Sedgwick, former Andy Warhol muse is totally Kyra Sedgwick’s cousin. The entire Sedgwick family line goes all the way back to the founding father days and they’ve been pretty prominent leaders and socialites since then. 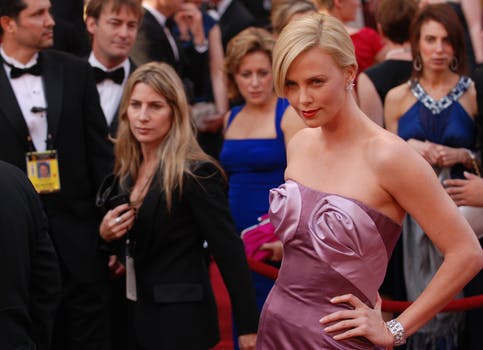 So who was the very first official celebrity to be given the prestigious honor? Stanley Kramer -- on March 28, 1960.

FUN FACT: Did you know Charlie Chaplin was not originally included in a list of actors to be indoctrinated in the Walk of Fame. When we say not included, we mean his name was submitted, and it was literally turned down. Which again brings us to – Keri Russel? Seriously?

Also, Charlie’s son – Charlie Jr., literally filed a $400,000 lawsuit in one of the most epic of epic petty battles in history because his father wasn’t included. It was dismissed. The judge was kind of like “I have better things to do – like fight crime.”

Regardless, Charlie boy eventually obviously got included once people realized they were absolutely insane for not doing so in the first place. Really – what Kool-Aid were they drinking?

The Walk was originally supposed to hold about 2,518 celebrity names but as you can tell, it quickly needed expansion. Especially given the fact that they’re doing ceremonies twice a month. Geeze Louise! If people like Keri Russel are getting indoctrinated, Washington, D.C. better start making room for some stars!